This is my second devotional book, and the first one I’ve written as a collaboration. Rev. Jo Mortimer and I have worked together on programs for our local chapter of United Methodist Women, and thoroughly enjoyed working together on this devotional.
The daily readings include Scripture, an essay in response to the Scripture, a prayer, and an outline of a Chrismon. We hope our readers will enjoy embellishing these symbols of Christ.
Hope, Love, Joy, Peace is available at amazon.com as paperback or Kindle ebook.

Molasses Cookies–Ten-year-old Erica Kraft learns about the history of her ancestors, who were among the founding families of New Braunfels, Texas, while helping her grandmother make cookies for Christmas.

Molasses Cookies was my first book.  It is based on the history of my husband’s family. The Kaderlis were among the first settlers when the town of New Braunfels was settled in 1845. 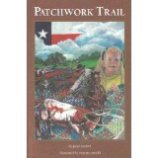 Patchwork Trail features Erica Kraft in another adventure, this time visiting her grandparents in Caldwell County. Erica discovers different kinds of trails–trails of stitches as she learns to sew, trails of wildflowers in the fields around her grandparents’ farm, and trails of history as she learns about cattle drives and battles that took place in the area.

Both these books are beautifully illustrated by Patricia Arnold, who used both our families as models for the characters in the books. Molasses Cookies and Patchwork Trail are for readers 8 – 12 years old. 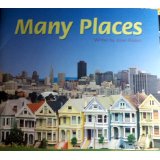 Many Places and So Many Places to Go are PreK/K resource reading books published by Steck Vaughn Publishing Company, and are featured in their Pair-It books. Both books highlight places in a community and the people who work there.

Romance Novels–-I write sweet love stories where the focus is on the growing relationship between the hero and heroine, and everyone lives happily ever after.

Santa’s Angels—No one knows the local celebrity who is playing Santa at Filmore’s department store in downtown Dallas, Texas. Not even Janie Langston, the ‘elf’ who takes pictures of the kids sitting in Santa’s lap. If the single mom knew that the young Santa was actually Nick Klaus, TV sports commentator and reckless man about town, she’d keep him at arm’s length. As it is, however, she’s starting to fall for Santa’s charming ways. For Nick, the Santa suit is a way of hiding until the publicity from his latest scrape dies down. What he didn’t count on was being changed by the suit. Everyone, including Janie and her four-year-old daughter, Carrie, responds to him as if he actually were the jolly old elf! He begins to live up to Santa’s reputation, leaving life in the fast lane behind. As his priorities change, he begins to realize his true feelings for Janie. Unfortunately, he must keep his identity a secret until Christmas and hope that Janie will forgive his deception and grant them both their Christmas wish.

Autumn brings tremendous changes to Kathryn Snyder and Matt Larsen. Up until September, they were the most casual of acquaintances. When tragedy strikes, they must not only deal with their individual issues but work together and find common ground to become their niece’s “Guardian Angels.”

Kathryn Snyder’s sister is married to Matt Larsen’s brother. That fact does not make them the best of friends. The only thing they have in common is both are crazy about their eighteen month old niece, Zoë. They share the delight and responsibility of being Zoë’s god-parents. When tragedy strikes and Zoë’s parents are killed in a car wreck, Kathryn and Matt are named as Zoë’s guardians. Can Kathryn balance the demands of the career she’s always wanted with instant motherhood? Will Matt be able to adapt his independent way of life to care for a toddler? Somehow, Kathryn and Matt must not only deal with their individual issues but also work together and find common ground to become Zoë’s “Guardian Angels.”

The Victorian-style Castle resort hotel in Silverleaf, Colorado, is the perfect setting for the celebration of the Twelve Days of Christmas. Ali Clarke arrives on Christmas Eve, hoping to find a new perspective for the holidays.

Will she be able to recapture the joy she used to have during the Christmas season in …
Twelve Days at Silverleaf?

The book is available in paperback and as an ebook at all online retailers. Ebook versions can also be ordered through Smashwords. 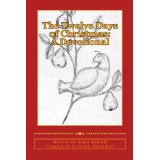 A reader called this book “Christian Cliff’s Notes” because the gifts God has given us that are mentioned in the book are foundational elements of the Christian faith. It highlights some of the treasures contained in the Bible.

I was blessed to have my aunt, Gerry Ohlendorf, illustrate this devotional. It was wonderful working with her.